Montrose County has gone from being “neglected” in the COVID-19 vaccine supply to receiving larger and larger shipments. It went from being able to administer a few hundred vaccines during the first weeks in January to, over the course of three days last week, administering almost 3,000.

“We really haven’t looked back. February has definitely been the month for us to shine,” Montrose County Media Relations Manager Katie Yergensen said Tuesday during a League of Women Voters-hosted update held via Zoom. Yergensen is also the county’s co-lead on vaccination logistics.

Vaccine supplies come from the county via the state, which in turn receives allocations from the federal government. In addition to public health, about 10 community based providers also receive vaccine doses from the government, as do some senior care facilities.

Thanks to continued advocacy by commissioners and state legislators, Montrose County has been receiving larger shipments than it was back in January when, having requested thousands of doses, it was receiving a few hundred.

“It was a struggle. It was hard for us knowing that we asked for preregistration for Phase 1B and we have several thousands signed up. We will be hopefully reaching everyone on that list we’ve been able to contact by the end of this week. That’s a big feat for us,” Yergensen said.

Between today and tomorrow, the county anticipates vaccinating 2,000 more people, including some in Phase 1B2, which includes people 65 to 69 and school district employees.

Last week, the county and partners kept long lines flowing steadily, even helping those who could not leave their vehicles due to health or mobility issues. The county is also consulting with a home health care company to help identify housebound individuals who need the vaccine.

The increasing vaccine supplies are cutting down the county’s wait list, which at one point was about 6,500 strong, although some of these were the result of people preregistering more than once, because they wanted to be sure to get on the list and weren’t hearing back.

That was due to the initially slow arrival of vaccines, Yergensen said: “Frankly, we were being neglected.”

The state has changed the ordering method several times as priority phases have been adjusted to reflect conditions, she also said, and the county is keeping the state apprised of on-the-ground conditions.

However, because of the multiple hats many county employees are wearing as part of pandemic response, for now, the county is unable to devote staff time to providing daily, localized COVID stats at montrosecountyjic.com. For the time being, it has shifted to providing links to state data.

The state was also back-adding cases from January, including fatalities, which meant county staff had to track that and reconcile it to update its own numbers, Yergensen said.

As more community-based providers like medical practices and pharmacies come online, vaccines could outpace demand within a month, Dr. Joe Adragna, Montrose County pandemic specialist, said. Public Health could then pare back its role, freeing up county employees who have been pulled away from other duties. Also, people seeking the vaccine won’t be as hemmed in by the limited times that the county can hold mass vaccination clinics.

“At some point, the need is just not going to be there when our providers can take care of it,” he said. “We want to distribute the vaccine across the county with as few barriers as possible.”

Adragna anticipates being able to get to 1,500 to 2,500 dose capacity as the backlog of interested residents start coming down. At that point, Public Health would transition to more of a support role.

Adragna also addressed some of the prevalent myths circulating about the vaccine.

Adragna said some people are very concerned that getting the vaccine implants them with a nano-chip for tracking. Not only is that “just not true,” but believing it requires a lot of faith in a government that initially could not assemble enough protective gear at the start of the pandemic, he said. Further, there are multiple doses of the vaccine per vial and being able to ensure one “nano-chip” per dosage is implanted “would be quite impressive,” he said: “The nano-chip one seems silly on its face.”

Adragna also labeled as untrue reports that the vaccine is made with aborted fetal materials.

At present, the Centers for Disease Control has not said definitively whether receiving a vaccine will protect others, but Adragna said the answer to “Does my getting vaccinated protect you?” is likely “yes.”

COVID-19 is charting out as the third leading cause of death for 2020, second only to cancer and heart disease, Adragna said.

The county’s positive case numbers, of course, can only reflect results from those who have been tested. Adragna estimated that thousands within the hospital’s service area (which extends beyond Montrose) have been infected.

However, recoveries are putting the area at a “tipping point” and hospitalization rates due to COVID are falling, Adragna said. When recovery numbers are combined with the continued precautions of mask-wearing, cases are pushed down even further, he also said.

It also means that, no, people won’t have to wear masks and avoid large gatherings forever, he added. Instead, it pushes society back to normal functions and will allow public health restrictions to be scaled back without risking a surge, even though no vaccine is 100% effective for everyone who takes it.

Of 52 million doses administered nationally, as many as 5% might not have had an immune response — but the vaccine is, at present, the best weapon, Adragna said.

“It is, I would say, our only offensive weapon.”

For information about the vaccine priority phases and to see about preregistration, visit montrosecountyjic.com. The site also contains a list of providers that are receiving vaccine supplies, as well as links to state data.

Those without internet access who need to preregister can call 970-252-4545. The county has been experiencing extremely high call volume and has been receiving assistance in handling them through the statewide 211 line; at one point, Montrose County led the state for the number of calls routed through that line. 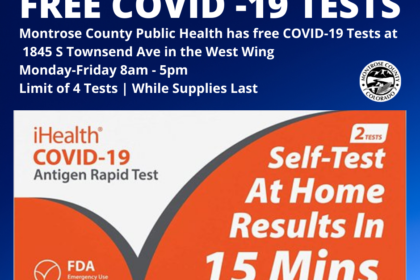 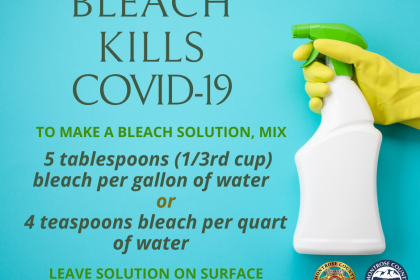 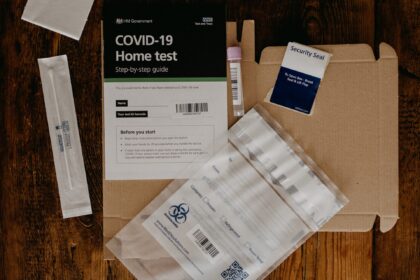 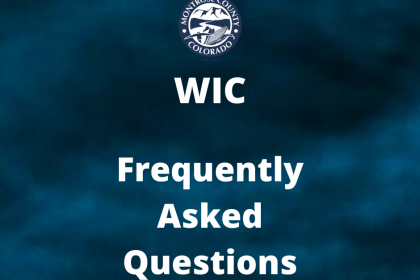 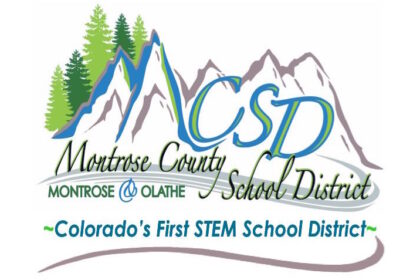 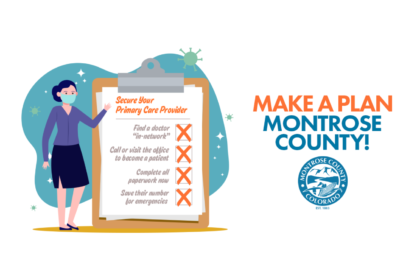 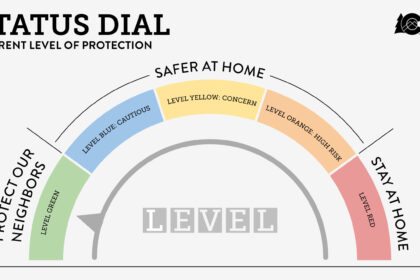 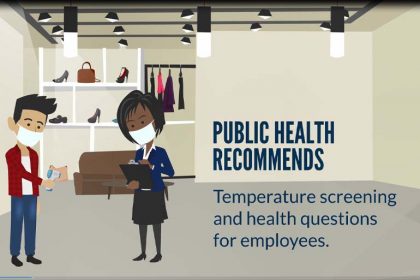 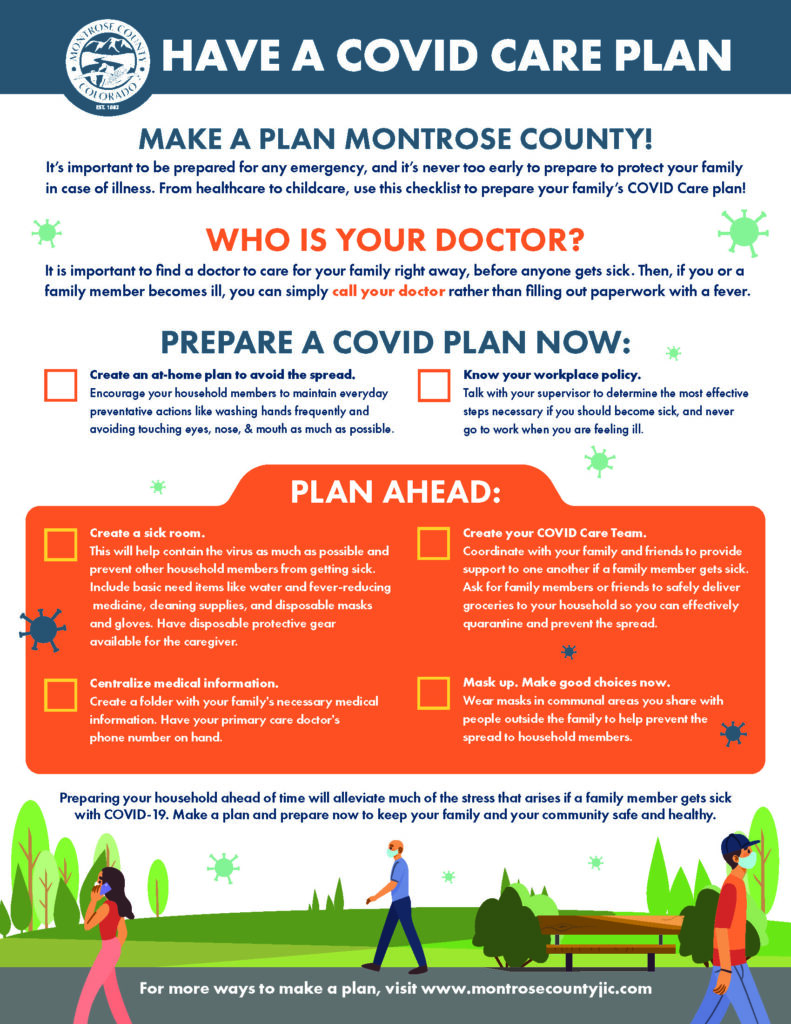